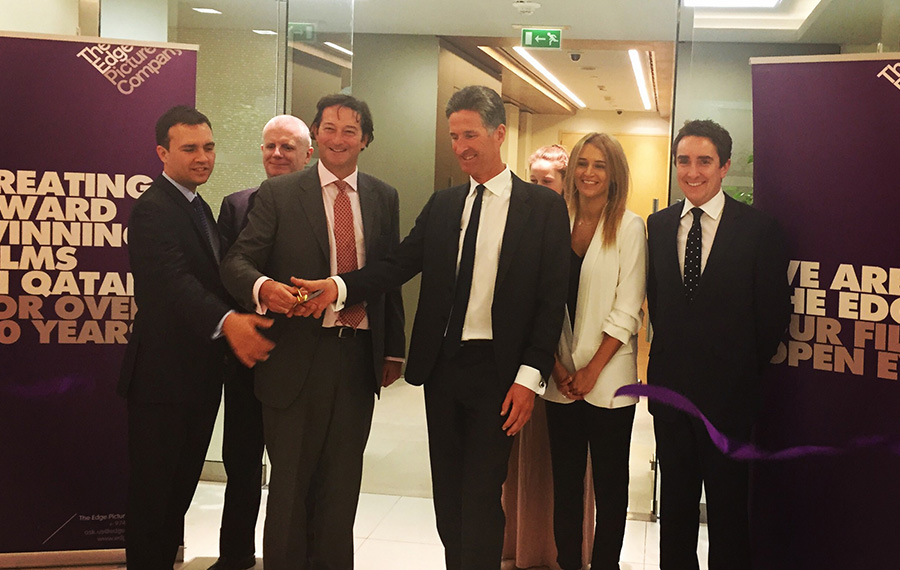 We’re thrilled to announce the opening of our new office in Qatar. Nicolas Hopton, British Ambassador to Qatar cut the ribbon to launch our dedicated, local production office in West Bay to support the film-making needs of our many clients in Qatar and the wider GCC region.

We’ve been producing high-quality films in Qatar for the past ten years and have been so impressed with Qatar’s vision for the future, as it moves towards realizing its ambitions to become a true knowledge-based economy. Coupled with its vibrant people and proud historic culture, this has led us to open an international base in Doha. We’re also very encouraged by Arab film-making and local talent and so plan to develop our film-making with local filmmakers and artists in tandem.

During our time in Qatar, we’ve undertaken many highly prestigious filming projects, including 2009’s inauguration of QSTP, 2011’s opening of the Pearl GTL and last year’s 50th-anniversary celebratory event for Qatar National Bank.

This is a very exciting time to be opening our local film office in Qatar and we are confident of the powerful role that film will continue to play in helping The State of Qatar achieve its goals as set out in the National Vision 2030.

The Edge Qatar is located in The Gate, West Bay and will be headed up by Jamie Riordan as our Head of Production.

Check out our short video of our office opening here.