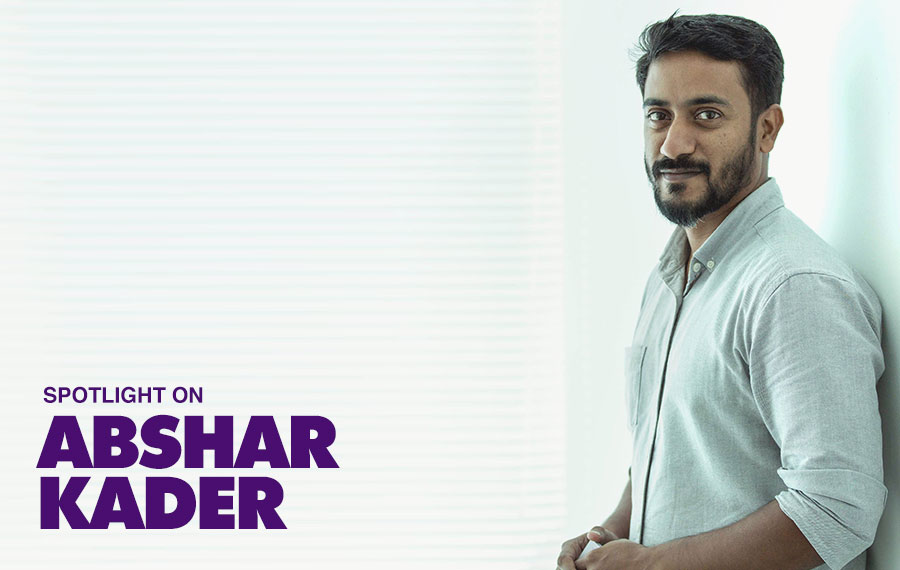 Hey Abshar, how long have you been at The Edge for and what is your role?
I’ve been at The Edge for 18 months now, I’m the in-house photographer. Before that, I worked for The Edge as a freelancer before I went full time. I’m originally from Kerala in India, but I’ve been in Qatar for 10 years, working for different companies before I joined The Edge.

What does your role consist of?
I’ve shot stills for many different clients. I work regularly with Sidra Medicine and Qatar Rail, recently photographing the newly opened 13 stations on the Red Line. I’ve photographed the stills for the advertising campaigns for the Amir Cup 2018, sponsored by Ooredoo. I’ve just completed shoots for two projects, a new campaign for the General Authority of Minor’s Affairs and photos for the Qatar Investment Authority’s new website. Both are soon to be launched.

In addition, I shoot photographs every month for Ashghal and have recently finished photographing every artefact in the National Museum of Qatar ahead of its opening in March. That was a fantastic project to work on. I’m really proud to have been part of it.

When did you start becoming interesting in photography? What were your early influences?
I’ve been around cameras all my life, starting with SLR cameras, and seeing photographs at home. My father is a photographer, he’s very well known in India, has won many awards and had a studio near our home, where he worked.

The film industry is huge in India as you probably know, and he worked as a film photographer a lot, learning many tricks of the trade. He used a black and white Yashica 120.

I remember it very well – I would be excited for when he came home from work, as he’d bring the photos from that day and I’d be standing by the door waiting for him, like a child waiting for their dad bringing presents or toys home! I loved it.

My father said I would never pose in front of the camera and my daughter is the same, she’s 7 and she never stops running around in time for me to take pictures.

What moments do you think have defined your career to date?

Actually, my parents didn’t want me to become a photographer. My father had studied engineering himself, but photography was his passion. My grandfather wanted my father to be an engineer, but he turned to what he loved.

I studied to become an Arabic teacher, but when I was 18 my father who had become quite famous through photography, had so much work on, he gave me one of his cameras and I started doing birthday photos, family photos and wedding photos. So that’s how it all started.

When I was 20, and in my last year of university, I started taking wedding photos. It took off from there. I always listened to my father and his friends (also photographers) who were always advising me.

I moved to Kuwait in 2006 for 3 years, to work for a studio. I learned a lot about digital photography and photo printing. I worked a lot in Photoshop. This was a great experience, as I’d learned the trade in film, so moving to digital was a big deal.

During my first years in Qatar I started working with Lightroom and that was a big step forward, I think it’s important to keep learning, to keep growing, no matter who you are.

How do you approach a new project?
When I am briefed on a project, the first thing I think about is – where we will shoot? Will it be a studio, or out on location. If it’s in a studio, for example, I need to know if we have enough space for my kit and the lights. I always talk to the client to really understand what they are looking for.

What challenges do you typically face?
Building trust with clients is crucial to delivering great photos.

Who are your photography heroes?
My father of course. One of my mentors was George Matthew, an Indian photographer from Kerala who runs his own studio now. He inspired me to buy a Medium Format camera.

What’s your favourite thing about being a photographer?
I am really inspired by press photography, being in a group of photographers waiting together for a moment for something to happen, you can only capture it once, that’s really exciting.

What advice would you give to someone who wants to get into photography?
They have to have passion for starters, and patience. Keep learning about new techniques, tips, and listen to people’s advice.

What do you do in your spare time?
I like watching movies, Indian movies and Hollywood cinema. I go to the cinema in Asian town, Mirqab Mall a lot with my friends. I also like to learn new techniques, lighting, framing, for photos, videos.