It’s clear that we’re living in times of great change, and some of the changes we’re faced with are difficult. Scary. But they’re not the only changes happening. 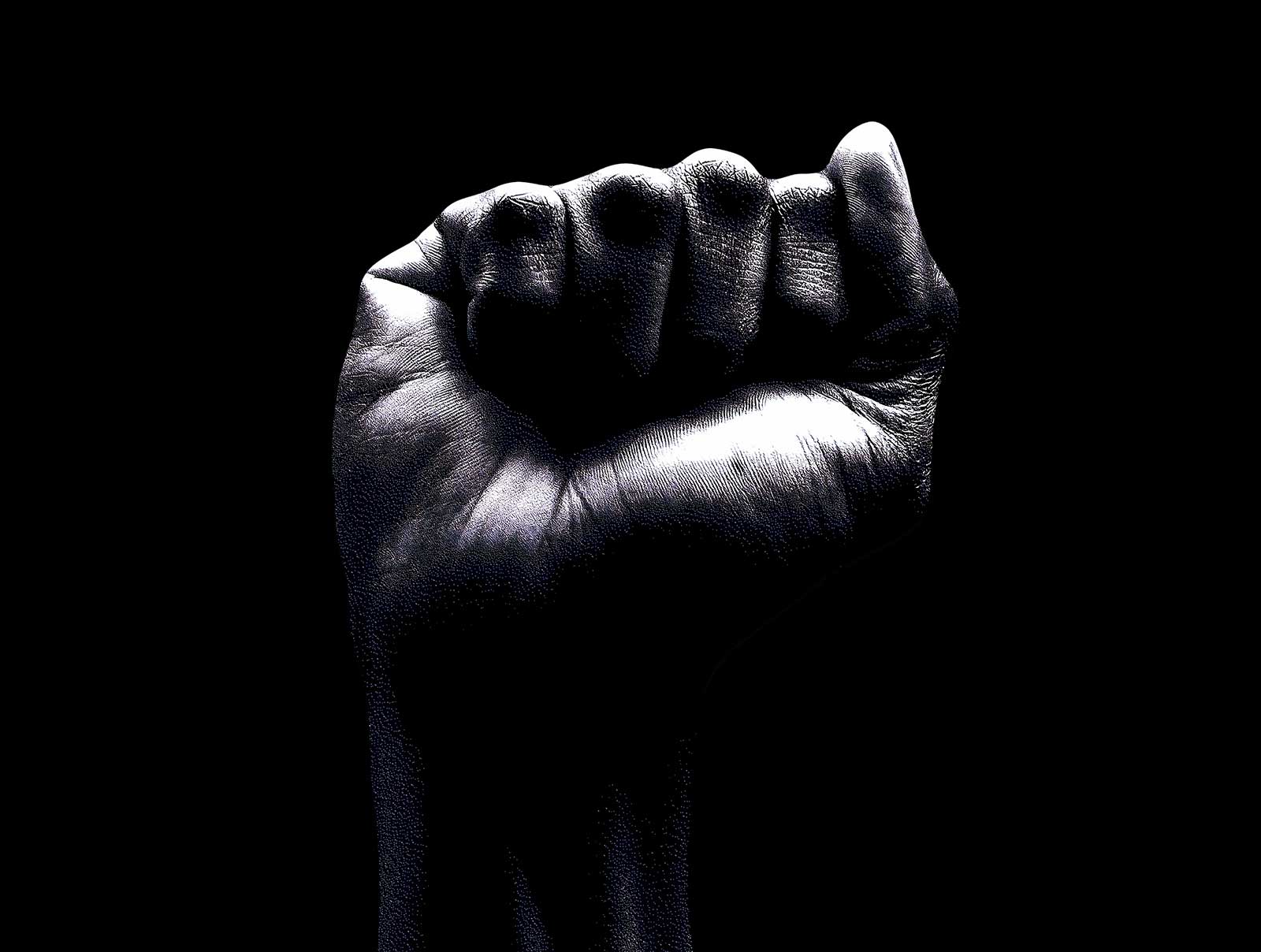 Some are positive, and there are few more important than the steps being made towards achieving racial and social equality across all walks of life – and it’s a change that we at Team Edge are hugely invested in.

Frankly, it’s too slow, and the world still has so far to go to reach genuine equality and justice for all, but that should only motivate us all to work harder to accelerate the change.

We’re very conscious of the long, bleak history of racial and social injustice, in all its different forms, that has caused incalculable harm around the world – and we believe we have a responsibility to advocate for positive change every day. 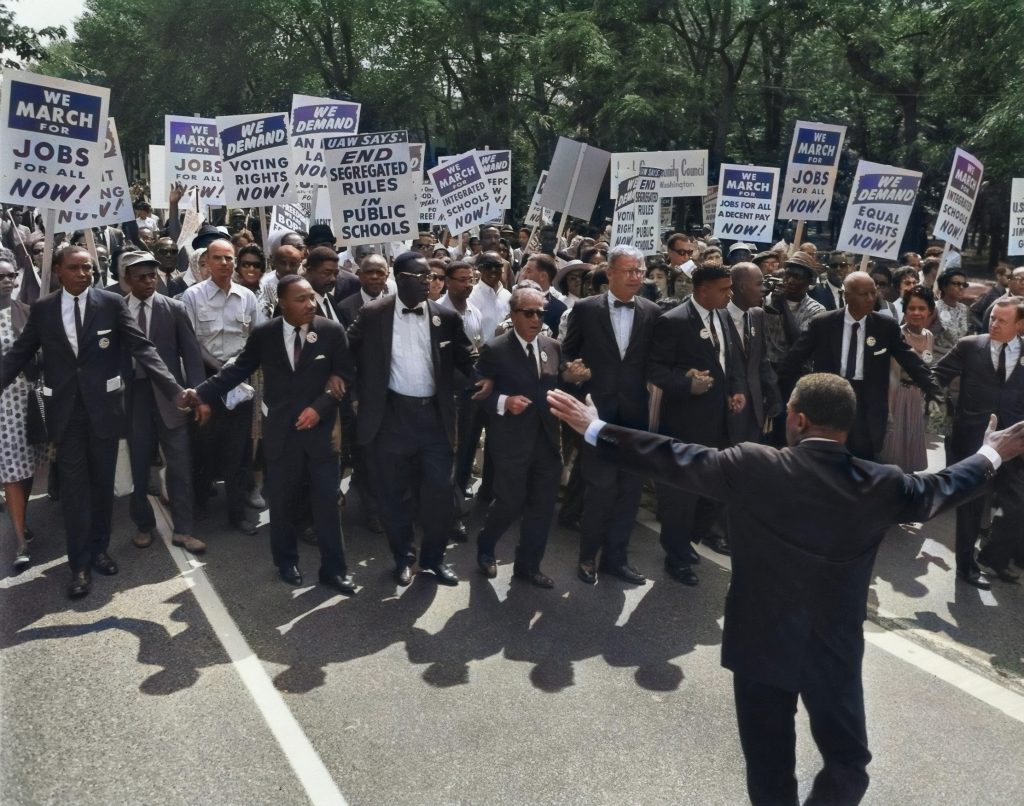 While we know we’re just one company in a big, big world, we believe that the positive difference we can make every day, great or small, is worth pushing for. 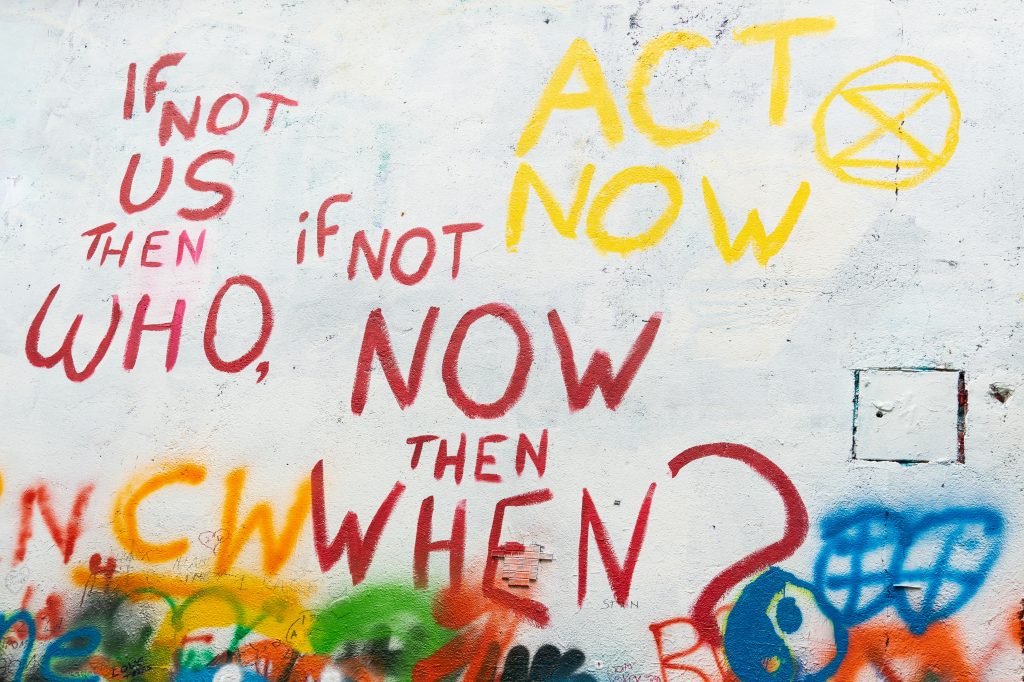 We believe there’s so much that every company can do to actively promote and improve Diversity and Inclusion in the workplace, and we’re determined to help that process through our films – because we believe we have a lot to offer.

It’s quite simple: humanity isn’t homogenous – and every part of life should reflect that! Sadly, the modern world is full of lies and biases born from myths around supposed superiorities and inferiorities of ethnicities, genders, and cultures over others. Unsurprisingly, the longstanding perpetuation of these myths has had a hugely corrosive effect for far too long throughout society, but they can be challenged and undone – and this benefits everyone.

When it comes to business, ignoring issues around D&I is a moral failure – everyone in society has a responsibility towards each other, to be respectful of diversity and difference, and support each other’s right to live and work in a safe, caring environment.

Similarly, organisations and businesses of every kind benefit unequivocally by embracing multicultural input and listening to the most diverse range of views possible across every aspect of their operations. It helps you reach a wider range of customers and understand their experience; it helps you develop solutions outside a narrow viewpoint, and it makes you a far more appealing prospect as an employer.

It’s a cycle of positivity that can only be of benefit in the long run – and it’s something we look to promote and help through our work every day.

As a company, we actively look at ourselves and every aspect of how we do things, and where we can identify areas for improvement to ensure our ethics are matched by our actions every day.

It’s about evaluating our recruitment policies, ensuring we’re actively welcoming to everyone in our commitment as an equal-opportunities employer.

It’s about holding internal D&I sessions to make sure we’re always keeping matters of racial and social equality at the forefront of everyone’s mind. 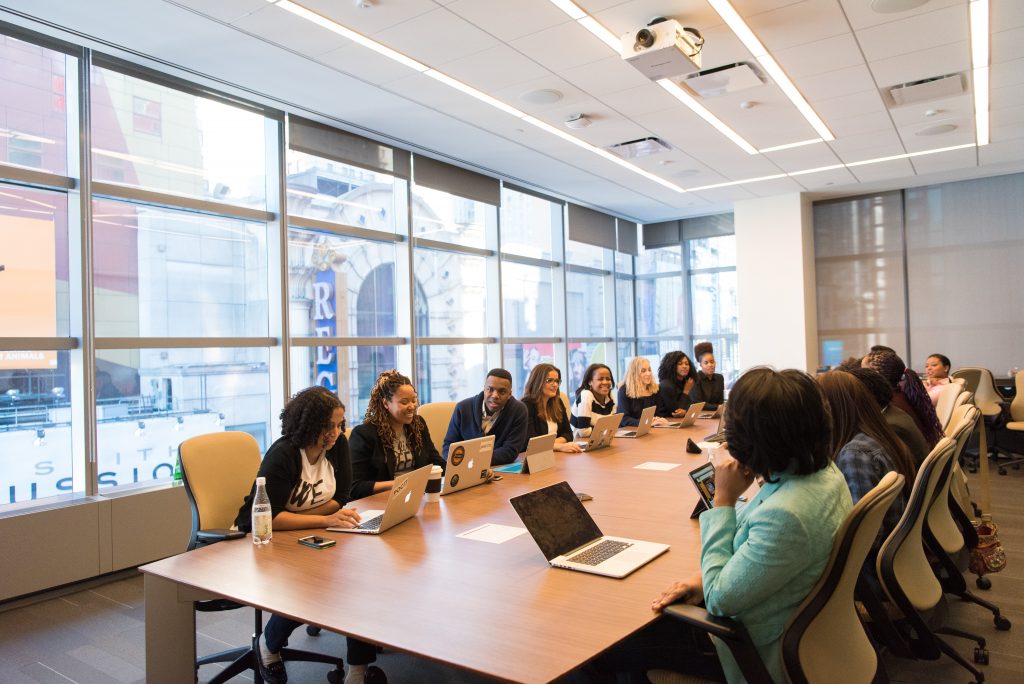 It’s about how we develop our creative ideas, whether it’s the diversity of voices feeding into the ideation or ensuring our casting process reflects our commitment to D&I.

It’s about empowering all our people to feel confident about speaking up, whether it’s about workplace issues that may arise, or encouraging them to put forward ideas on how to instigate positive changes around racial and social equality. 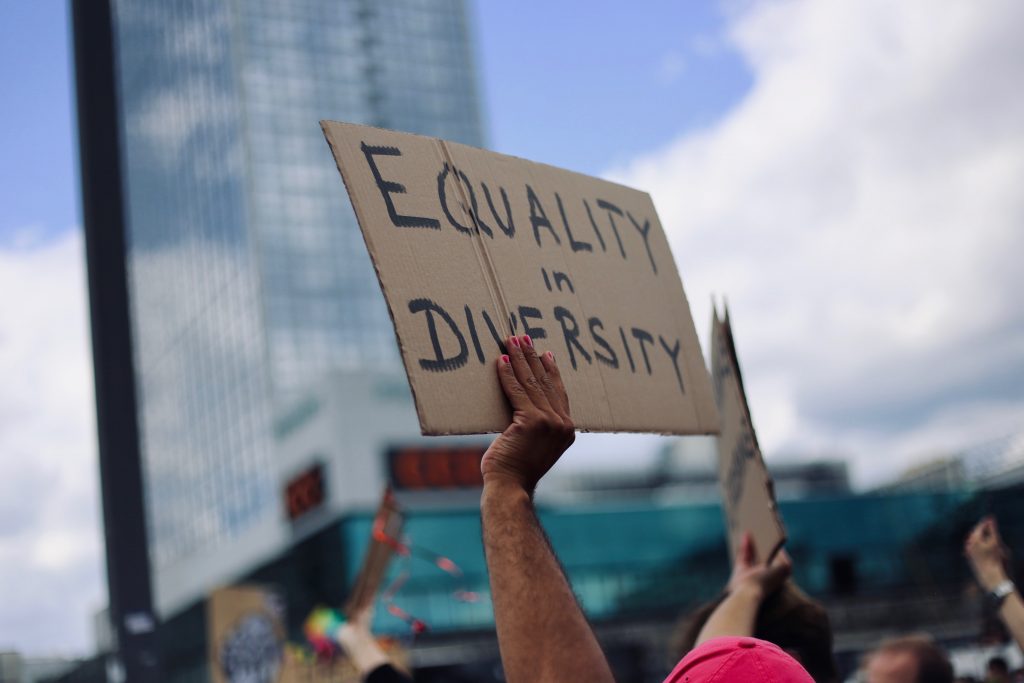 How We Can Help You

These are just a few examples of what we’re doing, but they reflect the journey we’re always on, and the learnings and insight we can offer in the services we provide our clients when it comes to Diversity & Inclusion.

We’re determined to deliver films that address the need for a fundamental shift around the world to improve inclusion and diversity, help companies everywhere build workforces that reflect all of society, remove barriers to recruitment and promotion, and support one another to speak out against injustice and inequality.

We’ve compiled a few examples of our D&I work in action, and how we can bring our expertise and determination to bear for you on one of the most important challenges facing us all today.

PwC: The Time is Now

With the Black Lives Matter movement in full force, PwC wanted to raise awareness across their global network around issues of racial and social injustice. As long-time filmmaking partners, they turned to us to create a film that would bring these pressing issues into full focus, but also support their culture of inclusion and promote reflection and discussion around their ethical culture where partners and staff are able to identify and address these issues within PwC.

We wanted this film to be honest and thought-provoking – and so it was essential that our crew comprised of predominantly Black creatives, and most importantly, the writer, director, and producer, so that it was authentic in both the content and the presentation.

Following much self-reflection, analysis, and brainstorming, we proposed an idea that we felt respected and valued the lived experience of Black and minority ethnic groups within the company. We focused on 4 keywords: awareness, ownership, responsibility and action. The underlying premise is that everything about the need for diversity is already known. We wanted the film to highlight all that we already know, and to reinforce that The Time Is Now to address these issues.

The end-result is a film that brings these vital issues into focus in a way that encourages the audience to listen, acknowledge responsibility and take affirmative action towards building trust and confidence.

The film has since been provided to everyone within the PwC global network, including senior leaders and partners. It’s been rolled out in meetings large and small, used in partner meetings, promoted in town halls, and shown in smaller team sessions.

The response has been genuinely humbling – meaningful conversations on difficult subjects have flowered all around the world. A PwC leader in the UK said before we started that “we have to get comfortable with being uncomfortable” – and we’re truly proud to have contributed to this most important process.

We are also delighted that The Time Is Now won three awards at the New York Festivals’ TV & Film Awards in 2021.

It’s a sign of how the film has been received around PwC that when the firm’s global Ethics homepage was updated, our film was placed front and centre, next to copy reading: “Bringing our values to life, driving a culture of inclusion, supporting an overall Speak Up culture: Watch here to see how we’re putting our ethics into action.”

Network Rail wanted to create a film to promote discussion around women’s experiences in the workplace and tell its story of gender equality. They wanted to celebrate how the organisation actively works to make itself one that supports and encourages women to aim for the career they want.

We captured a diverse range of women from across the organisation from a range of different personal backgrounds and business areas, and asked them to talk about their experiences: what it’s like to work at Network Rail, the career opportunities available to them, and their own personal aspirations.

We wanted the film to show how Network Rail is a place that actively works to make itself a welcoming place for women to work and a place where women can achieve whatever goal they set for themselves.

Deloitte prides itself as being an employer that’s always working to ensure a safe, collaborative, and inclusive work environment around the world; one where employees can only truly be at their best where they can be themselves so that they can thrive, develop, and ultimately succeed in their role.

They wanted a film that would help reinforce this message, and asked us to come up with an engaging, memorable piece to be shown across the company. The resulting film was so successful within Deloitte that it has since clocked almost 230,000 views on YouTube due to Deloitte people sharing it wide and far.

It went on to win multiple awards from bodies around the world, and it’s a film we’re incredibly proud of – and we think it speaks for itself.

Narrow notions of masculinity and forms of toxic masculinity negatively impact on us all, regardless of gender, sexuality, creed, or colour – and it’s why IMD is an important day.

The day seeks to promote more discussions around ideas of masculinity around the world, challenge outdated male stereotypes, and identify the positive male role models we should be celebrating.

Standard Chartered asked us to create this film as part of the organisation’s efforts to mark IMD 2019. A simple creative concept in practice, we gathered a diverse group of people, all unaware of IMD. We had them read an autocue script to camera, capturing their genuine reactions and responses to the issues and statistics raised – and we think everyone should see what they have to say.

Business in the Community: The Missing Million

A key issue they’re focused on is the ‘missing million’ – the large number of people aged 50-64 in the UK involuntarily out of work. It’s a demographic of the British workforce who can still contribute in so many ways towards the nation’s productivity, but often gets forgotten for a range of reasons.

BITC asked us to produce a film to bring this issue into sharp focus and issue a call to action. We wrote a script that creates an emotionally compelling case, aiming to educate businesses and senior management on the benefits of older employees. Set to a graphic animation with a distinctive style, our film aims to show important these people are as part of the British workforce, caring for them and seeing their potential.

Age, quite simply, is not a barrier.

If you’d like to chat to us about how we could work together to bring your D&I plans to life through film, drop us an email at ask.us@edgepicture.com and one of our friendly team will be in touch.