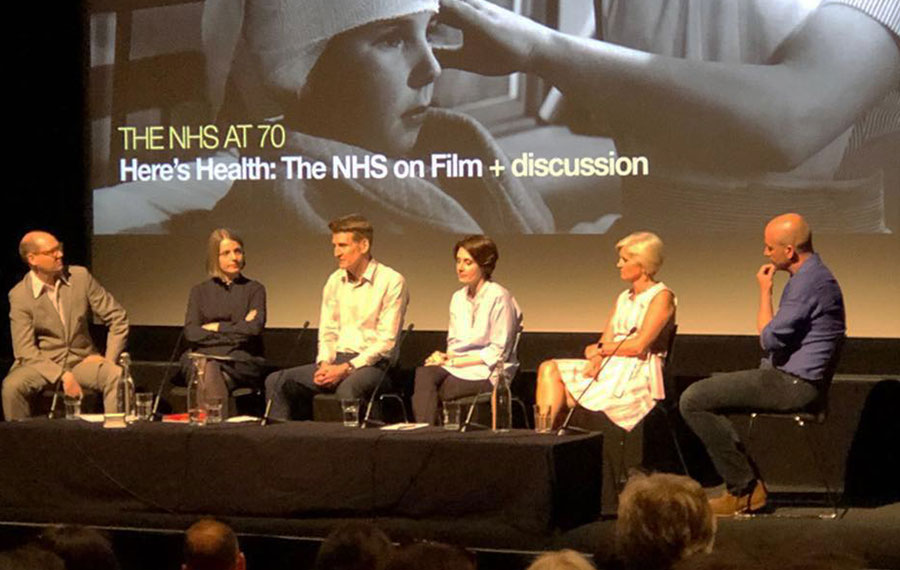 Ever since 1984 filmmakers have aided the cause of national health through film. Highlighting the place of film as both a record of the story of NHS, and the many challenges they face within the organization.

On the 26th June the NHS held a special screening (70 Years of film within the NHS) at the BFI –  followed by a panel discussion with filmmakers, commissioners and historians.

We’re proud to announce that one of our Executive Producers  – Pete Stevenson, was one of the five panellists on the evening. Pete delved into finer detail about how film has helped shape the health of a nation, and also screened the NHS – Finding Patience film.

Check out the film below..

‘Finding Patience’ is the first of a two part series aimed to raise awareness around Dementia. It specifically deals with the BME community where there are greater barriers to seeking help due to socio-cultural issues. Therefore the problem is bigger and the onset is typically earlier and the decline quicker.

Shortlisted at the EVCOM Industry Awards
GDPR: four letters we are hearing a lot about!